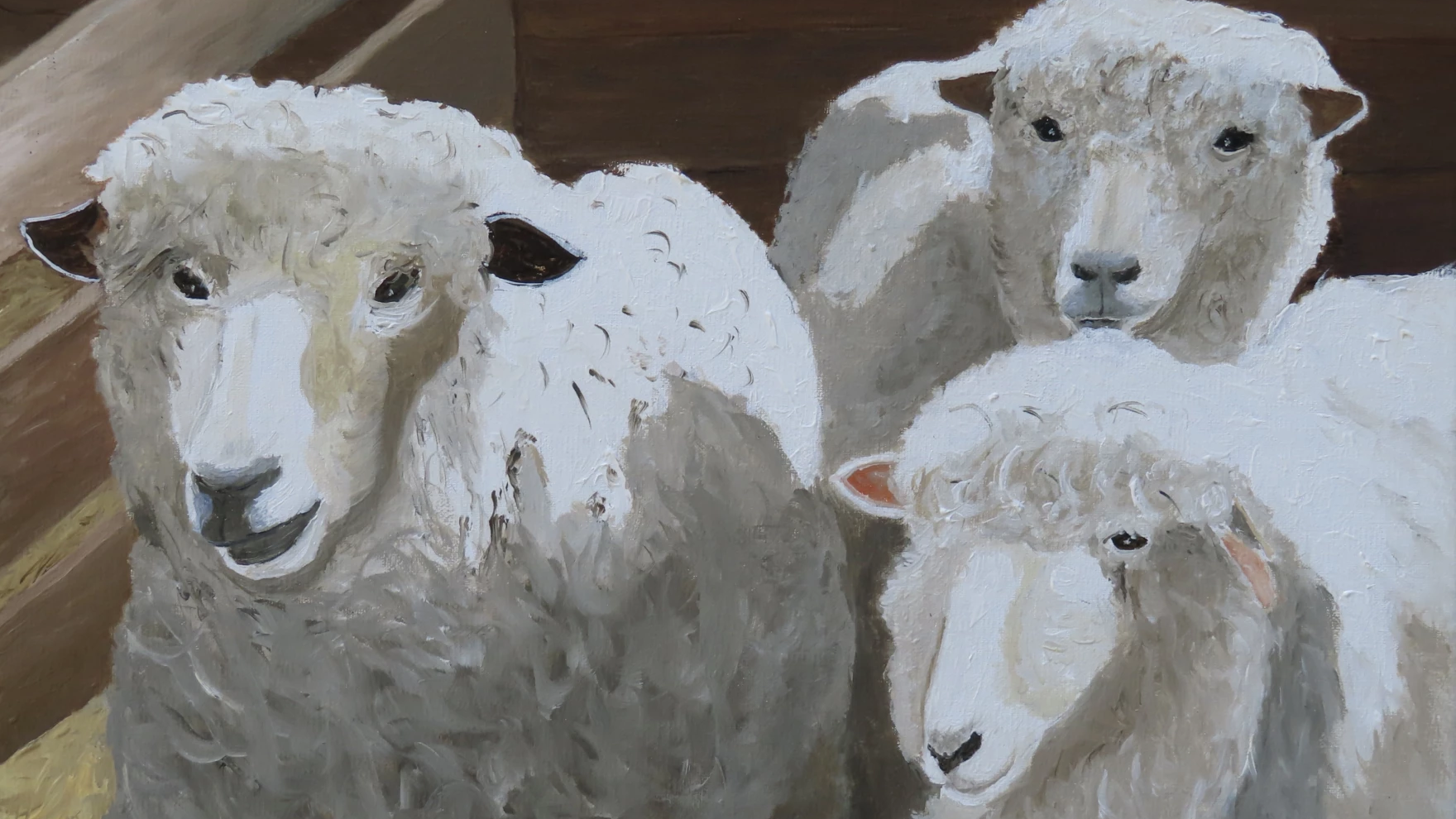 One of the photographs in the Farmland Preservation Artists of Central Pennsylvania exhibit at Foxdale depicts gray clouds over a large, off-white silo connected to a barn in State College. For R. Thomas Berner, who took the photograph, barns have historical significance.

“I like to say that barns are the cathedrals of rural America. And they represent, in some cases, a romantic reminder of our agrarian history,” Berner said.

Berner is part of the Farmland Preservation Artists of Central Pennsylvania, which currently has an exhibit at the Foxdale Village Retirement Community in State College. While the photograph is available for viewing in the group’s latest exhibit, the silo and the barn no longer exist as they did.

“It’s a significant photograph in that the silo has since been torn down and the barn has been converted into a brewery. So, you’ll never see that silo again,” Berner said.

Berner said this isn’t the only local farmland impacted by a surge in development.

“As you drive around parts of Centre County, you can see where we used to have farms, and now we have housing developments,” Berner said.

The theme for the exhibit at Foxdale is “local farmland, which is quickly disappearing.” According to the U.S. Department of Agriculture’s 2017 Census of Agriculture, farmland acreage in Pennsylvania decreased by 6% between 2012 and 2017. In Centre County, it decreased by 8%.

“I realized that these barns are getting torn down really quickly. And that was upsetting to me. And I wanted to paint them,” Pennypacker said.

Along with raising awareness about disappearing farmland through their exhibits, the group’s members donate a portion of the funds from the art they sell to the Centre County Farmland Trust. The Trust works with local farmers to place their land in a conservation easement, which prevents it from being developed. There are currently 17 farms preserved by the Trust.

“It’s a big deal for a farmer to do this. It’s a big commitment. Because they get some payment, in some cases, they get some money for this. But in other cases, it’s just a straight donation of the development rights,” Pennypacker said.

The Centre County Farmland Trust says farmland losses in the county are typically to residential development, commercial development and solar installations. Pennypacker said she is worried that more development, including the 322 connector project, will mean more lost local farmland.

“We are interested in raising public awareness of the beauty of the farmland that surrounds us,” Pennypacker said. “The reason for that is, we’re losing this farmland pretty quickly to development. and it doesn’t come back once it’s been developed.”

The impact of development on water resources is a concern too.

Shuey said while changes in the community are inevitable, she hopes there is a balance between development and preserving farmland.

“If there’s a way to steer development into areas that are least sensitive or just to make the development on a particular site as sensitive to the environment, to the resources, as possible, that’s the best way for the community as a whole to get the best outcome,” Shuey said.

The Farmland Preservation Artists exhibit is on display at Foxdale through Tuesday. The group also has permanent works displayed at The Field and the Federal Taphouse in State College. 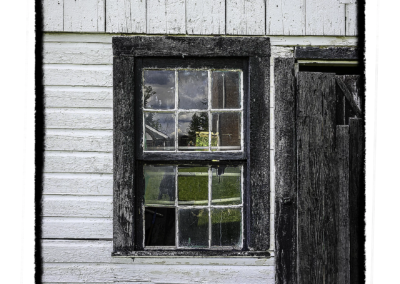 Berner’s second photograph featured in the exhibit depicts a barn window. He took this photograph while on a barn tour in western Pennsylvania. 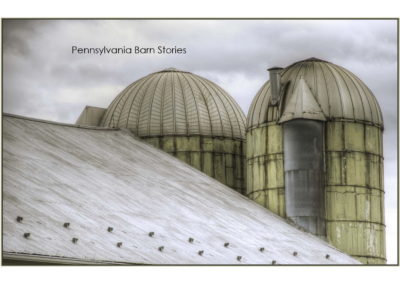 One of artist R. Thomas Berner’s photographs in the exhibit of a barn and silo, which were located on farmland in State College. The silo no longer exists and the barn is now a brewery, surrounded by roads, businesses and houses. 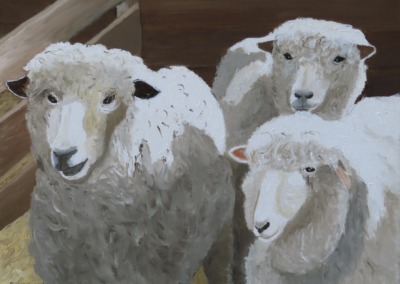 One of Barbara Pennypacker’s works featured in the Farmland Preservation Artists’ current exhibit at Foxdale. The painting depicts three sheep waiting to be shorn on a sheep farm in Hollidaysburg. The farm produces angora and wool to be turned into yarn.

Stop by the Art Alliance Center this coming weekend for Ian (Danny) Stainton's Annual Holiday Pottery Sale. Works by Danny, Dan Harvey, and several guest potters will be for sale, including seconds and close outs! Saturday, December 10, 10:00 am – 5:00 pm Sunday,...

Registration is open for 2023 Winter Session Classes and two workshops. More workshops may be scheduled and Pop Ups have not been scheduled yet so check back for updates on those. Open studio for painting, printmaking, and figure drawing will continue as normally...

The very talented artists of the Potter's Guild are hosting their annual pottery sale Saturday, December 3 and Sunday, December 4 from 10:00 am – 5:00 pm at the Tussey Mountain Lodge (located at the foot of Tussey Mountain). Expect to see a variety of amazing work...